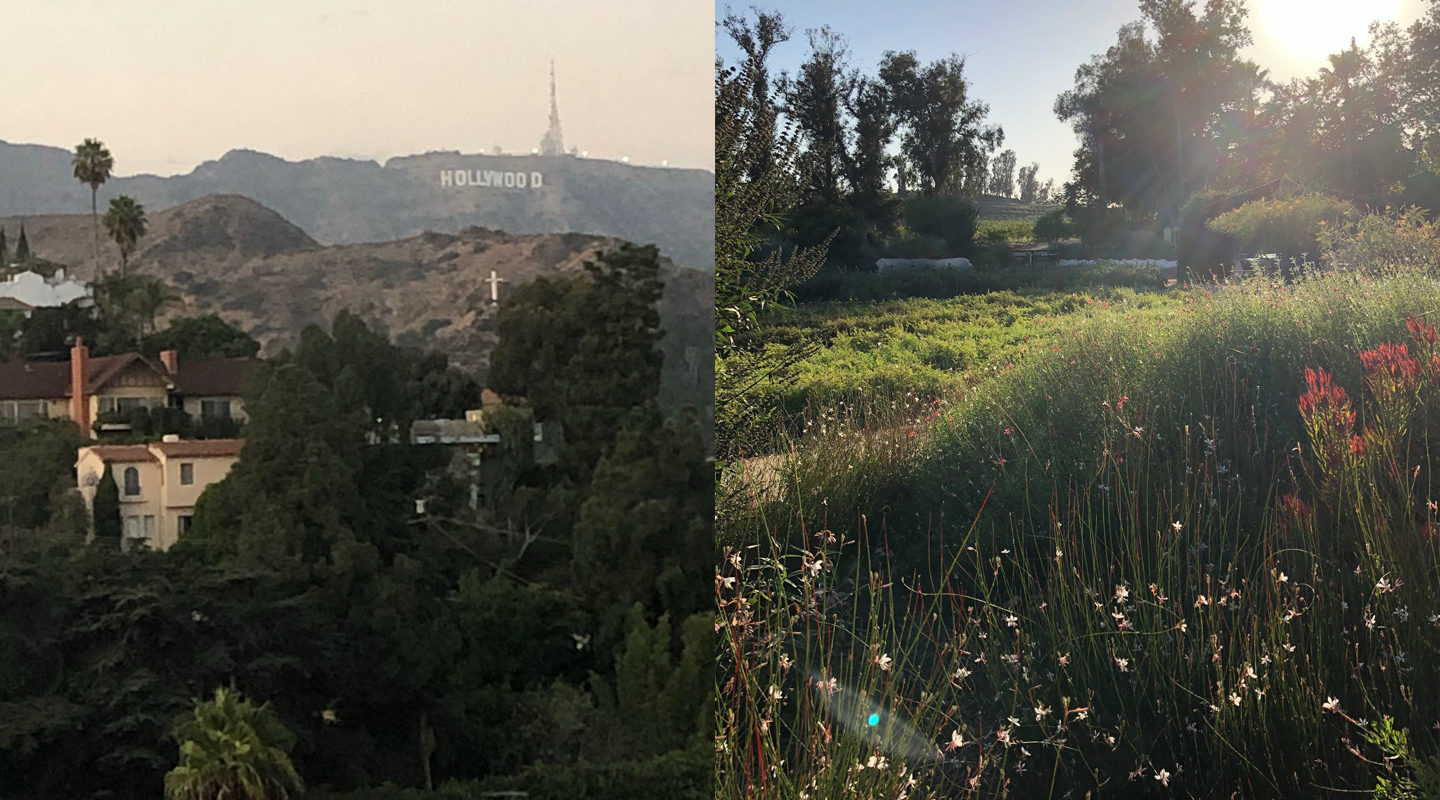 We are (the) Champions

A few weeks back, Cricket and I headed to Los Angeles for the 2019 B Corp Champions Retreat. When we returned home three days later, we were packing a sense of shared purpose, a new connection to some remarkable people, and focus in the space once occupied by the rush-rush and anxiety we felt on the inbound trip. We thought it might be fun to share some thoughts from our time of the Left Coast, but first a little backstory.

A Certified B Corp is a Benefit Corporation—a business certified by B Labs “that meets the highest standards of verified social and environmental performance, public transparency, and legal accountability to balance profit and purpose.” The goal of B Corps is “to accelerate a global culture shift to redefine success in business and build a more inclusive and sustainable economy.”

For the jargon-averse, an easy way to think about it is like a Fair Trade Certification, but for all sorts of businesses—from financial institutions, to shampoo makers, to HR consultants, to design firms. The scale of B Corps varies greatly—there are many small and mid-sized businesses standing shoulder-to-shoulder with big kids like Patagonia, Dr Bronners, Warby Parker and Seventh Generation.

Cricket Design Works has been a B Corp since 2015 and for us, doing the hard work to become B Corp Certified (and recertified) was an objective standard that allows us to look in the mirror and decide whether we’re using our business as a force for good in the world. Note Benefit Corporations were first recognized by the State of Wisconsin this year in 2019.

The Rigor is Real

But to be honest, we were feeling disconnected from the benefit of being a Benefit Corporation. The process of becoming and staying a B Corp is not for the faint-of-heart, and getting recertified is a pain—there’s rigor involved, and it’s REAL.

As an example, B Corp certifier B Labs embraces an area of focus each year. Last year’s emphasis was on inclusivity and this year the focus is on converting awareness of climate change into activism. So you gotta level-up every year—in part because what it means to be a force for good is ever-evolving, and in part because being that force requires doubling-down of commitment. In other words, B Corpland is a No Coasting Zone.

So every now and again, we need to decide whether we’re all-in, or get out. And while there’s quite a community of like-minded folks on the coasts and internationally, in our neck of the woods, B Corp pickings are kind of slim (there are more in Portland, OR than there are in the entire midwest.) And that lack of local B Corp juice can add to a feeling of “is it really worth it?” So we thought that gathering with thousands of others who share similar ethics and goals might remind us why it was important to be a part of the B-Corp community. So we booked our flight and rooms, and went for the ride!

The Retreat was rife with push-and-pull between intimate and collective moments—moments that at once challenged our assumptions, privilege, and place in the world while at the same time wrapping us in the warmth of community and shared goals.

Then there were the many “small” moments, like when we were literally asked by other attendees, “What problems are you facing, and how can I help you?”, as well as breakouts that were as enlightening as they were uncomfortable. One particular session was hosted by The Dismantle Collective, whose goal is to dismantle white supremacy. A big idea, for sure, but one that got small quick—We were inclined to think, “of course we don’t embody white supremacist ideals”, but then we were confronted with attributes of white supremacist culture like urgency, perfectionism, and defensiveness. Check. Check. Check. “Damn. We’ve got some work to do.” (And the same goes for inclusivity. While we are a woman-owned corporation, and we employ more women than men, we very much reflect the demographics of both our industry and out city, that is, predominantly white. So if the big B Corp idea is that inclusivity and diversity are critical, the mandate becomes deeply personal—what are we doing to make the change we believe is important actually happen?)

Another idea that really hit home was the notion of “fugitivity”, an idea also introduced to us by The Dismantle Collective. According to Alexis Pauline Gumbs, “Fugitivity is a term used by Black theorists to describe the process of seeking and creating freedom within completely enslaving circumstances past and present.” She goes on to write, “I think of fugitivity as Harriet Tubman-ness, the process of seeking and prioritizing collective freedom. The shapeshifting evasion of capture by slave catchers, norms and institutions. The ways we find each other and free each other again and again.” And like wow! What a word! What an idea! But then the realization hits: “What am I doing to prioritize collective freedom?” These calls-to-action become simultaneously eternal and internal—big and small.

Despite (or perhaps because of) this accordion-like nature of the event, we were left with the distinct feeling that the B Corp community is there for one other, but that doesn’t mean that in a bid to be better, we’re not going to kick one another’s asses a little bit.

Where the Rubber Meets the Road

But the big question that drew us together was, “How can we make capitalism a force for good?” How can we do business and do right at the same time? Because if we’re not economically empowered, it’s hard to drive positive change in the culture at large, and if we’re not advocating for positive change, we’re not wielding our empowerment responsibly. There were a couple of key thoughts about being a force for good that came up during the Champions Retreat—Regenerative Economics, and the U.N.’s SDG’s (Sustainable Development Goals).

The Regenerative Economy was a theme that came up repeatedly and was pretty new to us. Regenerative Economics is a model for doing business in a way that is not extractive, but rather, looks to nature for answers to our present sustainability crisis. According to Fast Company, “Natural systems, from living beings to whole ecosystems, are sustainable because they are regenerative. The transition to a Regenerative Economy is about seeing the world in a different way—a shift to an ecological world view in which nature is the model. The regenerative process that defines thriving, living systems must define the economic system itself.” The process suggests that rather than extracting resources to create products and services, businesses should work in a way that creates resources as it makes products and services. A regenerative economy operates from the fundamental assumption that, as John Fullerton of the Capital Institute wrote, “economic vigor is a product of human and societal vitality, rooted in ecological health and the inclusive development of human capabilities and potential.”

Another idea that got some heavy play at the conference were the Sustainable Development Goals. The SDG's (or “Global Goals” as they’re also known), were adopted by all United Nations Member States in 2015 as a universal call to action to end poverty, protect the planet, and ensure that all people enjoy peace and prosperity by 2030. At the Retreat, we were introduced to this list in the form of building blocks that comprised the centerpiece of each table at the conference. We were asked to look at each face of the blocks, and commit to areas where we could make a difference. As it turns out, since we’ve been a B Corp, we’ve done client work that’s addressed 11 of the 17 Goals. While the mandate remains, and there’s a ton of work that we can still do, it was an affirmation that our goals as a corporation are aligned with the larger U.N. agenda. And that made us feel like we were on the right track.

(As a happy aside, 200 CEO’s of leading U.S. corporations representing every economic sector recently came together at a Business Roundtable and concluded that businesses need to be accountable to employees and the environment, not just their shareholders. This sign of corporate america singing out of the B Corp hymnal signals a sea change for how business can be done. Hallelujah!) 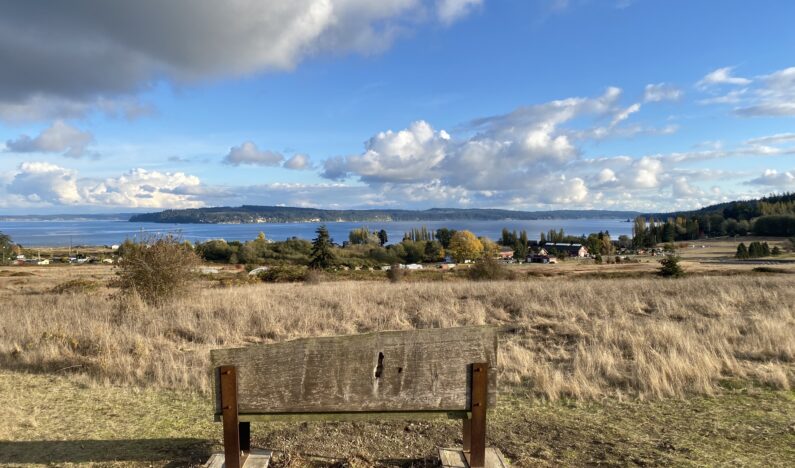 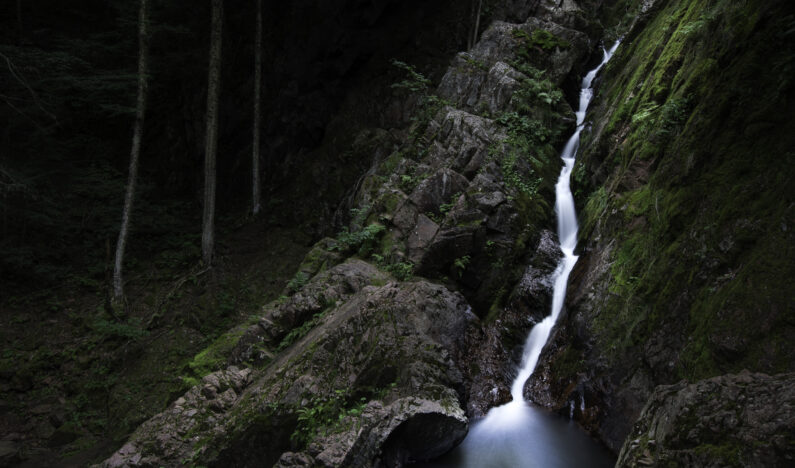